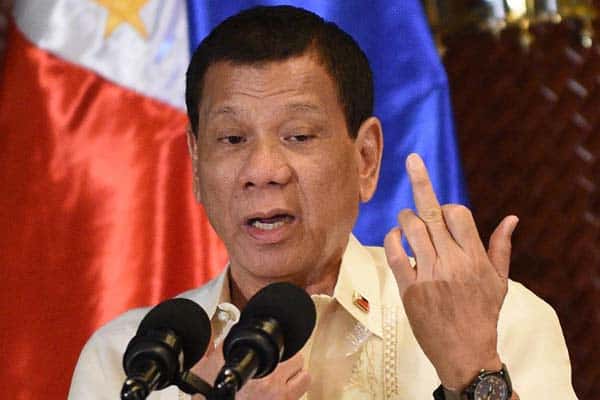 President Rodrigo Duterte plans to remove gambling from the country whether its online or physical casinos.

The Philippines gambling market may be reduced greatly after announcements arise by Philippine President Duterte who has shared his distaste for gambling since he took the executive position. In recent speeches, Duterte has adamantly affirmed intents to suppress online gambling, including online casino gambling and online bingo, as well as, casinos with government contracts.

A recent quote shows Duterte stating “…These casinos are still at it because they have a franchise they [say] it’s a contract. To hell with the contract, I told you I do not want gambling, period”.

While the Philippine President has expressed his distaste, Chief Presidential Legal Counsel Salvador Panelo attempted to ease tensions by saying the President only means to target “illegal online gambling firms”, however, Duterte’s statements concerning physical casinos in the Philippine came later in the same day.

The President stated he had no problem ignoring government contracts with casinos and gambling entities. President Duterte continued his anti-gambling sentiments by saying gambling, specifically land-based gambling, is like a magnet for many local crimes including extortion and kidnapping for ransom and references Okada Manila as an example.

This crackdown on gambling operations in the Philippines will surely have a negative economic impact, as well as, negative effects for current and future investors in the country. However, this is not the first time Duterte has made similar threats, as he made related statements in 2016, leading many to question the authenticity of these statements and probability of these actions being taken. Nonetheless, current investors in the Philippine gambling market are concerned over the status of their licenses, particularly those in Boracay.

Boracay, the Philippines most popular coastal city, has widely been used as a tourist attraction which has attracted numerous investors including Galaxy Entertainment Group to turn the area into luxury development with shopping, restaurants, hotels, resorts, and casinos.

However, earlier this year Duterte attempted to halt development by ordering all activity in Boracay to cease for a mandatory 6-month environmental cleanup period. Now, the cleanup has finished, and developers are looking to return to Boracay to complete their projects.

Nonetheless, PAGCOR is fully capable with revoking or withholding renewals for gaming licenses but the Department of Justice, as written via legal opinion on October 8th, feels more comfortable with official empowerment and support from the President via EO before permitting PAGCOR to act on such requests.

The DOJ continues by clarifying government contracts between casinos as a mutual agreement of parties, while PAGCOR licenses are a grant of privilege which can be revoked and withheld from renewal at PAGCOR’s discretion. However, gaming licenses issued may have expanded capital on investments which would need provisions included within Duterte’s EO concerning the consequence of canceling licenses.