PAGCOR – A Look At The Philippine Amusement And Gaming Corporation 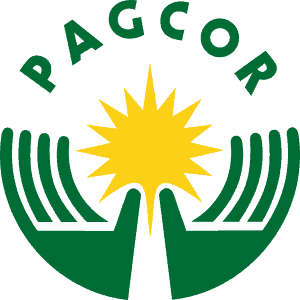 The Philippine Amusement and Gaming Corporation (PAGCOR) was first created by order of Presidential Decree (PD) 1607-A and established in 1976. It is a 100% government owned and operated corporation under the Office of the President. Initially set up to operate and regulate a floating casino, PAGCOR has grown to be the chief government agency for regulating the gambling industry throughout the Philippines. Under PD 1607-A, PAGCOR’s objective is to:

PAGCOR currently has over 11,000 employees and partially funds many national organizations and programs such as the Early Childhood Care and Development act and the Sports Incentives and Benefits program. PAGCOR is a vital component to regulating gambling in the island nation and works closely with relevant agencies to uphold Philippine gambling laws.

PAGCOR states their core values as integrity, accountability, social responsibility, customer service, excellence, and teamwork. They hope that by 2022 the Philippines will be a top gaming and entertainment destination for the ASEAN region. Their mission is to advance the gaming and entertainment industry while being a responsive partner to the Philippine government and to establish and enforce gaming regulatory framework that preserves the integrity of the Philippine gaming industry. PAGCOR has also been involved in numerous community events that have helped feed and shelter the less fortunate. They have also assisted in building schools and supplies for students of all ages across the Philippines.

Recently PAGCOR has made a difference in the community through multiple projects and developments that they either funded or constructed. In 2016 PAGCOR teamed up with the Department of Education and completed over 4000 classrooms nationwide ranging from grades K-12. One of the highlights was a 4 story, 24 classroom building that opened to Pampanga High School students this past year. They have also had their hands in food drives recently feeding over 4,500 malnourished children over a 180-day period and providing relief operations for victims of typhoon Lawin. They also provide aid in times of need, recently they handed out desperately needed food and other necessities to flood victims in Zambales. None of this would be possible without the revenue provided by the Filipino gambling industry.

In 2016 PAGCOR’s gross revenue was P55.06 billion, making them once again one of the top revenue contributors in the country only behind the Bureau of Internal Revenue. 50% of their gross revenue from gaming operations goes directly to the government to fund public developments and infrastructure. In 2016 they saw an increase in table game revenue to P11.42 billion partially due to the opening of 35 more table games in the last quarter of 2016. Slot machines generated P14.21 billion in revenue a rise of 8% since last year. Bingo was also up in 2016 by 7.2% and brought in P169.9 million in revenue.

Does PAGCOR Regulate Online Gambling In The Philippines?

Entertainment City (E-City) is the pinnacle of PAGCOR’s contributions and the gambling industry in the Philippines. Commissioned to be a Vegas-style strip in the heart of Manila City, E-City is made up of 4 mega-casinos and resorts: City of Dreams, Solaire Resort & Casino, Okada Manila, and Resorts World. Each was issued a license by PAGCOR after agreeing to invest at least 1 billion USD into their properties. E-City takes up 8 square kilometers in Manila City and is strategically located near the airport to attract tourism. There are over 3,000 hotel rooms in E-City, several shopping malls, 20 + restaurants and a theme park for children and adults. Entertainment City is currently PAGCOR’s biggest project and they hope future developments will prosper from this initial investment.

If you can’t tell by now, PAGCOR in conjunction with the gambling industry has helped shape the development of the Philippines. They have made developing schools a top priority and continue to do so going into the next fiscal year. PAGCOR has recently opened a road that will be a direct route from E-City to the airport and has plans to develop more in the area. The PAGCOR tower is still rumored to be constructed in E-City. It is supposed to be like the Seattle Space Needle and if constructed to scale of their original plans, it will be one of the top 3 highest viewing towers in the world. In 2007, PAGCOR’s corporate life was extended until 2032, meaning that there will be much more to come from this beloved Filipino corporation.