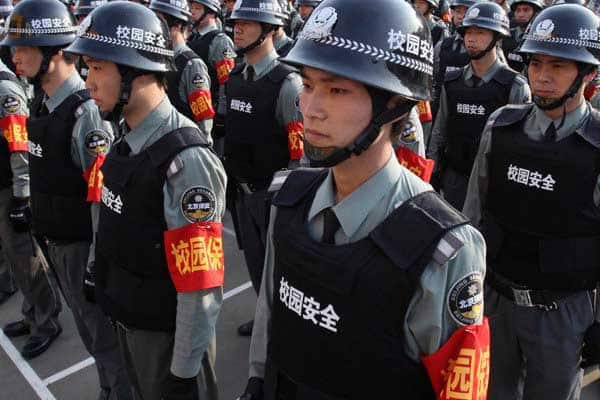 An online gambling site based in the Philippines has been shut down as a result of a long sting operation conducted by the Chinese police.

Authorities in Jiangsu have arrested over 50 individuals in connection with this gambling operation that is projected to have dealt with approximately $1.1 billion in wagers over the past few years. The number of customers is estimated to be over 100,000.

The reason this service was based in the Philippines is that gambling is illegal throughout most of China. In order to circumvent the strict protocols, sophisticated developers built an offshore service that could accept wagers from Chinese residents.

This investigation began back in 2016 after authorities were tipped off to the illicit activity by a disgruntled customer. The customer had reportedly lost close to $30,000 in one week after being introduced to the site by a friend.

Four of the suspects indicted, and eventually arrested, were traced through their bank card information. Arrests were made in Shanghai, Fujian, Zhejiang and Guangdong. Six of the culprits traveled to China from the Philippines to turn themselves in.

This case does not bode well for any sort of progress with online gambling reformation in the Philippines, especially since President Duterte is strongly anti-gambling. However, there is a silver lining in that this operator was merely based in the Philippines. Chinese authorities are the ones who conducted the investigation and made the arrests.

It is unclear whether or not the operator was servicing Philippine bettors during its tenure.

It is common practice for illegal operators to base their gambling services offshore. However, not all offshore entities are illegal. If an offshore gambling operator is properly licensed and regulated by an international jurisdiction it is often considered legal. The operator in this case was not properly licensed and still able to accept wagers from Chinese players.

This will not be the last attempt by an outside group to base their servers in a country where gambling is allowed. As technology develops, so will the means used by hackers and other cyber criminals in running illegal online gambling operations.

Authorities can use this case as a reference of what to look for in terms of patterns, techniques and other practices used in ripping off customers in order to make future busts.