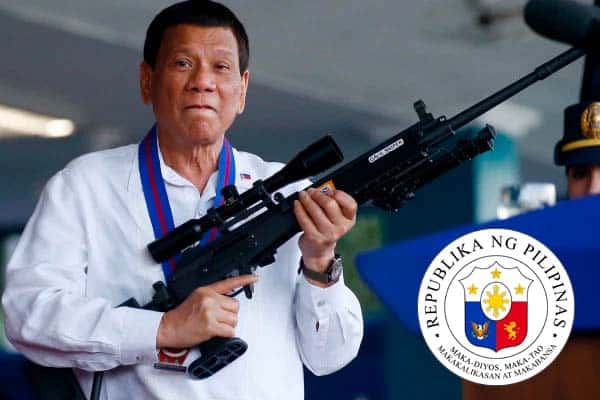 So far there have been 28 casino kidnappings in Philippine casinos since the start of 2019. The trend has sparked outrage from Philippine President Rodrigo Duterte calling for the kidnappers to be caught dead or alive, preferably dead.

At a launch event for the Golden Topper Group in Paranaque City, Duterte told the press that there are foreigners who come to the Philippines to play their trade. He went on to say that these loan sharks lend money to casino patrons, and when they can’t pay, they kidnap them and ask their families for a ransom. In some cases, even after the payment has been paid, the kidnappers would kill their victims anyways.

Duterte told the press that they could come and play their trade and commit their crimes, but warned that if he catches up with them, it’s dead or alive, preferably dead. He also said that there is a rice shortage in the Philippines and that if the kidnappers were dead it would be one less mouth to feed.

The Philippine National Police (PNP) has already caught 132 foreigners in connection to casino kidnappings. A special task force was used to investigate the crimes and make the arrests. Some of the cases date back to 2017, but so far, the PNP has rescued 57 Chinese nationals, 4 Malaysians, 3 Koreans, 1 Vietnamese, Australian, Singaporean, and American nationals.

The special task force known as the Philippine National Police Anti-Kidnapping Group (PNP-AKG) was developed to fight kidnappings in the Philippines. A spokesman for the force told the media that as many as 119 Chinese nationals, 2 Malaysians, 7 Filipinos, and 4 Koreans had been arrested in connection to the 61 cases uncovered by the PNP-AKG.

The Philippines has turned into one of Asia’s hottest gambling destinations in the region. From the casinos that stay open for 24 hours in Entertainment City, to the offshore operators operating from inside the Philippines, the gambling industry is booming across the islands.

Filipinos are not allowed to access domestic online casinos, sportsbooks, or other gambling sites operating from inside the Philippines due to current gambling laws set forth by the government. However, legal Philippine online casinos are available from offshore locations. You can also find other legal options, including sportsbooks, poker sites, horse betting sites, and more.

While there is nothing quite like going to a casino and hitting a big win, online casinos make up for that feeling by offering lucrative bonus rewards and by offering convenience to their account holders. To assure that the games are fair, always play a licensed site.

Online gambling sites acquire licenses by undergoing strenuous tests often. Their games and services undergo multiple tests every few months by gaming regulators usually commissioned by their local government. While this method is not fool-proof, it does give comfort to online gamblers looking to enjoy the service without the fear of getting their money stolen.