The Philippines are an interesting place for looming casino developers. However, it may be difficult to build out new gambling locations given the fact that President Roger Duterte publicly denounced gambling at a recent event. He also ordered a $1.5 billion casino project to cease operations shortly after they broke ground.

The news broke in a recent cabinet meeting. Not only did Duterte cancel the plans, but he also fired the entire board of the government land management section. According to reports, Duterte called the terms of the lease “unconscionable” given the short amount of rent due each month over the long duration of the lease.

While the Philippines is an emerging casino sector of Asia given its recent revenue figures, it appears that Duterte is establishing a firm status quo that no other international developers will be able to become a part of. Landing International is the development company behind the $1.5 billion casino project and despite the president’s statements, they are pushing through with their project. The company released a statement that their lease is considered valid until is canceled or nullified in a court of law. So far, that hasn’t happened, meaning Landing has solid legal ground to stand on.

The Nayong Pilipino Foundation, the group that oversaw the land-lease agreement, was escorted away from the ceremonial groundbreaking of the new casino project in Manila City amidst the news. None of their officials spoke to the press except for Chairwoman Patricia Ocampo. She was disappointed to hear the news and denied any sort of allegations regarding corruption.

This is the second time Duterte has blocked a robust casino expansion project. Back in April, he stopped Macau casino operator Galaxy Entertainment Group from launching a $500 million casino/resort location on Boracay. If these occurrences keep happening, no one will want to do business in the area.

While the Philippine’s enjoyed a strong 2017 in terms of gambling revenue, it is not all good news. There have been several recent scandals that have marred the image of Philippine-based gambling. For example, there have been several money laundering allegations, including in 2016 when over $80 million stolen by North Korean hackers was reportedly laundered through Philippine casinos. Last year, an armed assailant walked into a casino and began firing into the crowd before setting the casino on fire. 37 people died in the process, calling their security into question.

As of now, Landing will push through, meaning there could be hope for the Philippines. The other option is Duterte exerts some type of executive power to halt all casino development. The rest of 2018 should be an interesting time for Philippine casinos. 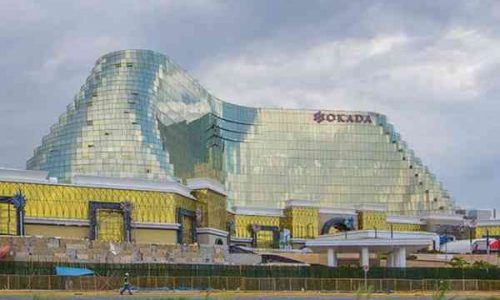