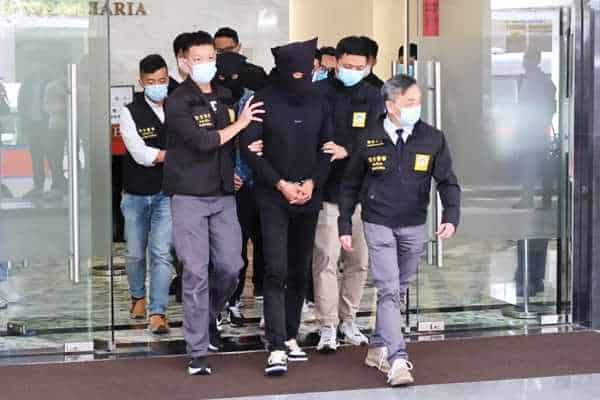 It’s no secret that despite being home to Macau – the world’s largest destination casino district – China is no fan of gambling.

But China has an even bigger distaste for online gambling, which has been the market segment to bear the brunt of the country’s new and stricter oversight of the Macau gambling industry.

Suncity, as the largest junket operator in China, was – until this scandal – worth in excess of US $220 million.

However, since the news of Chau’s arrest broke and Suncity’s shares were allowed to resume trading following a brief Monday suspension on the Hong Kong Stock Exchange, the brand’s valuation slipped nearly 50% to just US $113 million.

By the next day, Suncity trading was once again suspended, as Chau announced his resignation from the company while the brand itself announced the official and immediate closing of all its Macau-based VIP gaming rooms.

Not only is this a blow to the business on the consumer side, but the move will also result in about a third of the Suncity workforce being terminated.

Meanwhile, in an attempt to weather the storm, Suncity has applied with the HKSE to resume trading on Thursday (though approval is TBA).

So, what is Chau being accused of that led to this sudden and unprecedented fall from grace?

Primarily, the Chinese government has accused Chau – along with a host of other unnamed Suncity executives/employees/associates – of money laundering.

However, the state also charged Chau with spearheading the operation of at least one Philippine POGO, unlawfully advertising online gambling to Chinese citizens inside Chinese borders, and illegally rerouting the funds of Chinese mainlanders to hide their online gaming activities.

The POGO angle is of particular interest, of course.

POGOs have long represented a thorn in the side of Chinese authorities, but said authorities have been more or less powerless to prevent their operation.

That’s because the Philippines has shown no interest in curtailing its POGOs, and China has no jurisdictional control over these businesses to begin with.

By going after Chau, however, it appears that China is – more than anything else – sending a message to mainland online gamblers in China that this round of crackdowns aren’t just a lot of talk.

As for how this development will affect the Philippine gambling market, it really shouldn’t have much of an impact at all.

As Philippines comes out of the grips of its latest round of coronavirus lockdowns, the brick-and-mortar casino industry in Metro Manila’s Entertainment City – as well as retail casino expansion in Boracay – is moving forward with due haste.

Before COVID-19, remember, the Philippines was already on pace to usurp Macau’s status as Asia’s number-one destination gambling market. And while the pandemic has slowed those plans, they’ve by no means halted them.

At the same time, the pandemic has had the effect of accelerating the Philippines’ acceptance of domestic legal iGaming.

While that product is still limited to so-called casino VIPs with established patronage at major local gambling venues, it’s still a step in the right direction.

Of course, for the average Filipino gambler, most of this doesn’t matter. Such developments are – for all intents and purposes – irrelevant, as millions of players in the islands already safely and legally gamble online.

There are no national or local laws against residents joining real-money online Philippine casinos, online sportsbooks, and online poker rooms, so long as the venues they choose are operating legally outside of PH borders.

Remember, sites like BetOnline and SportsBetting AG have been serving the Philippines for years, and the new growth in the nation’s gambling market won’t change that any time soon – if ever.

Nevertheless, regardless of how you prefer to enjoy your gambling in the Philippines – whether you prefer the retail game in a social environment or the online game on your own time – it’s clear that right now is a very good time to go all in.