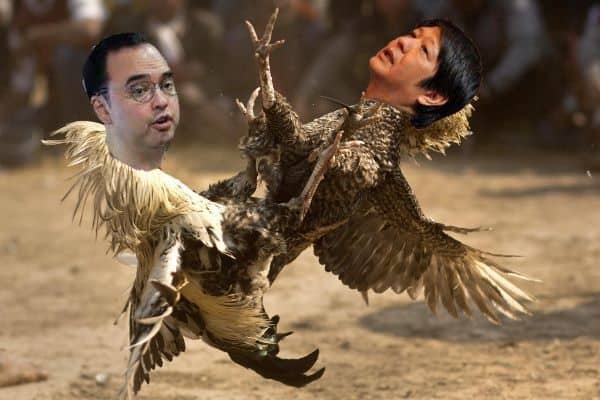 Online casino gambling in the Philippines has been in the spotlight for two different reasons of late.

Firstly, due to the last two years of coronavirus lockdowns, the Philippine government has recently allowed major resort casinos in Entertainment City to offer iGaming platforms to their VIP patrons.

Naturally, most gamblers in the nation aren’t established casino VIPs, which makes this avenue of Philippine online gambling something less than ideal for the vast majority of residents.

As a result, these residents instead use offshore Philippine online casinos, sportsbooks, and poker rooms to enjoy their favorite betting activities.

The other bit of news on the online gambling front is the recent arrest of Macau’s largest junket operator, former Suncity Group Holdings CEO Alvin Chau.

Accused – among other things – of running interference for (or literally running the activities of) one or more China-facing POGOs, Chau is in deep, deep water.

Luckily, Chau’s arrest didn’t sink the development of Suncity’s new billion-dollar IR project in Manila, which is reportedly progressing at full steam ahead.

With both of these divergent issues hitting the daily gambling newswire in the islands, it’s no surprise that online gaming has been put under a microscope of late.

Per the Manila Times in a story just last week, former Philippine House Speaker Alan Peter Cayetano has challenged the nation’s Presidential candidates to express their positions on the market.

“The people should know as early as now where [the candidates] stand on the issue. Speak up now. If you were elected President, will you accept e-Sabong or will you shut it down? Don’t surprise us after the election.”

At least one such candidate, Sen. Panfilo Lacson, echoed the above sentiment.

According to Philstar Global,

“[the] proliferation of e-Sabong among other online gambling attractions is tearing families apart and worsening social ills in the country … Filipinos’ growing addiction to online gambling warrants serious attention from the national government amid reported cases of suicide and destruction of families because of it.”

Aside from the general assertions of financial ruin and familial strife caused by alleged gambling addiction in the Philippines, the chief complaint raised by Cayetano and others against online gambling – particularly online cockfighting, or e-Sabong – has to do with the nation’s education system.

This is especially noteworthy because – in most countries seeking to expand gambling – educational initiatives are touted as the main beneficiaries of gaming revenues.

For example, this is par for the course in the United States, where not a single new gambling allowance is passed at the state level that doesn’t earmark the majority of its tax take for funding public education.

In the Philippines, however, it seems that there is some fear among the government that online cockfights will – as the Manila Times puts it – “endanger previous efforts to restore the teaching of good manners and right conduct in schools and among young people.”

From our perspective, that’s something of a strange smear for the country’s most beloved national sport.

That being said, this criticism of e-Sabong appears to be strictly limited to e-Sabong. Regular sabong, held nationwide in regulated cockfighting pits, isn’t part of the discussion.

Per Cayetano, the online implementation of cockfighting is “different” thanks to its potential to be “very addictive” and to remove the more valued physical social element from the traditional equation.

While we respectfully disagree that online gambling of any kind is more addictive than in-person gambling, we’re glad that Cayetano and others appear uninterested in going after the nation’s most treasured and longest-lived pastime.

Still, we’d prefer not to see e-Sabong go the way of the dodo.

After all, it’s basically the only sports market that isn’t covered by international online Philippines sportsbooks, making it a totally unique domestic offering.