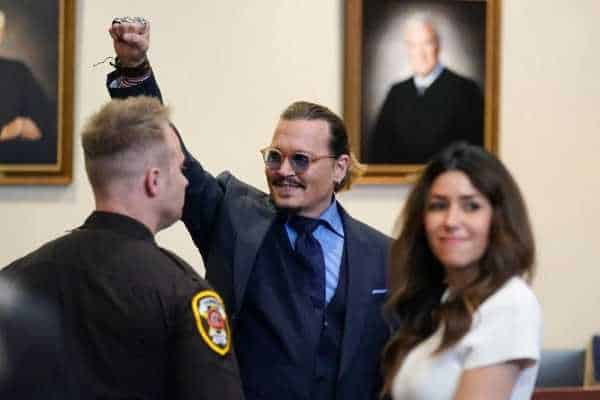 With the Amber Heard-Johnny Depp verdict about to drop, there are a lot of wagers hanging in the balance.

Yes, every now and then, the best online Philippine sports betting sites offer current events odds, entertainment betting odds, and the like – and the Johnny Depp trial definitely qualifies as both.

Even with the global inflation crisis, the Russia-Ukraine dustup, the alleged European monkeypox outbreak, and the lingering effects of COVID everywhere on the planet, the Johnny Depp-Amber Heard case has dominated headlines and provided countless distractions for amused and bemused onlookers alike.

While we won’t rehash the allegations surrounding both parties in the Depp-Heard trial (it’s a civil defamation case, not a criminal proceeding), it’s clear that the outcome of the Johnny Depp and Amber Heard affair is going to be all the rage.

If the Internet – particularly as represented by sites like Reddit, 4Chan, and Twitter – is anything to go by, most of the public believes that Depp will win his suit against his allegedly abusive and manipulative ex-wife.

However, the American legal system is heavily prejudiced in favor of the female party in most cases related to “domestic” issues, which is a reality that strongly tempered the betting odds during the proceedings.

And even though said odds are now off the board at sites like BetOnline Sportsbook and SportsBetting AG (as the verdict could be delivered any minute now – even before this post gets published!), it’s interesting to take a look back at where the lines stood.

UPDATE: Stop the presses! The jurors in the Johnny Depp-Amber Heard trial have reached their verdict and have found in favor of the plaintiff. Depp has won his lawsuit. However, the jurors – in typically American fashion – have also somehow ruled in favor of Amber Heard’s counterclaim. In short, this spineless panel of jurists ruled that Amber Heard lied about being assaulted by Johnny Depp, defaming him in the process. However, the same jury also found that Depp’s lawyer defamed Amber Heard when he said that Amber Heard lied about being abused by Johnny Depp. Seriously, you can’t make this stuff up. It can’t be both, right? Hey, anything for a headline. We assume the jury will be making the rounds on the various vapid nighttime talk shows.

Will Johnny Depp cry after the jury delivers its verdict?

We don’t have any live coverage of this one on hand, so even though the verdict has been announced, we don’t know if Depp cried or not.

Of course, we wouldn’t be surprised either way. Still, the favorite will probably hit. He’ll either be crying tears of joy or tears of confused outrage after Depp sued Heard for $50 million but was only awarded a fifth of that (see below).

How much money will Johnny Depp be awarded if he wins the trial?

The “under” on this one hit, and it hit BIG.

The jury decided that Depp losing out on several starring roles in franchise box office blockbusters over the last few years was worth just $10 million, which is less than half of an A-list actor’s going rate for a single film.

This award brings the Johnny Depp net worth to approximately $110 million or so. However, since the Jury also decided to give Heard a $2 million award for literally no reason, Depp’s net worth should more accurately be around $108 million.

Or maybe he’s bankrupt. Nobody really knows. Drugs are expensive.

Will Johnny Depp look at Amber Heard after the jury delivers its verdict?

Again, we haven’t seen the footage of the verdict, so we don’t know.

That said, Depp hasn’t so much as glanced in Heard’s direction throughout the entire duration of the trial, which is something that the media picked up on and reported ad infinitum (and, frankly, ad nauseum).

While Amber is pretty easy on the eyes, it’s also easy to see that Johnny is completely over the gal and her alleged shenanigans.

Now that that’s over, well, expect it to be anything but. These Hollywood types have nothing but time on their hands, and there are bound to be appeals aplenty. Plus, acting is acting, whether it’s on a soundstage or in a courtroom.

The only real question we have left is whether or not Johnny Depp and Amber Heard will play themselves in the movie. And you can bet there’ll be betting odds on that.

Or, if we’re lucky, we’ll get some celebrity boxing odds out of this whole sorry affair.