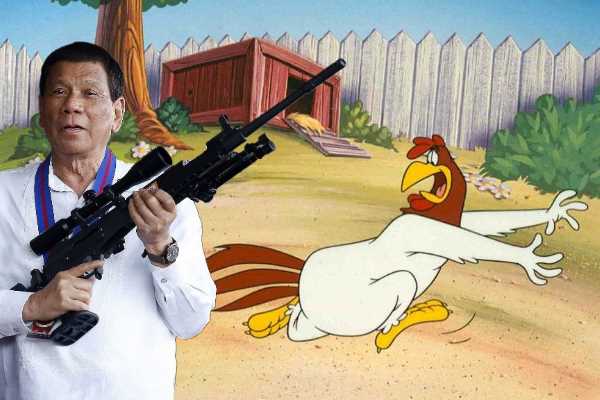 Because of the nature of sabong – that is, because sabong is so hyper-local and impromptu – it’s all but impossible for an offshore gambling site to host up-to-date online cockfighting odds.

Of course, that was no problem, as you could simply gamble on everything else at these betting sites and then participate in online cockfighting betting with domestic e-Sabong operators. Unfortunately, that’s no longer true.

Over the last several months, online sabong had become a hot-button political issue, particularly in the runup to the Philippine Presidential election on Monday, May 9.

Many candidates have come out in opposition of the practice despite its massive popularity in the islands and profitability for PAGCOR, and now – as one of his final acts in office – outgoing President Rodrigo Duterte has officially criminalized the practice, effective immediately.

Per Casino.org, the recent scandal involving up to 30 missing e-Sabong operators and staffers could be the impetus behind the move:

“However, in addition to debt problems, e-sabong also led to the disappearance of people related to the organization of fights and other types of crimes. Therefore, the activity was ‘working against’ the values of the Philippine people, according to Duterte. …

For now, PAGCOR will begin to explore ways to fill the void left by the suspension. This will be difficult, especially considering that the regulator’s first-quarter income of PHP11.29 million (US$216.6 million) is just one-third of what it was in the last quarter of 2021.”

Of course, this could also be Duterte’s way of clearing the slate and allowing the issue to be taken up by the incoming administration.

With ongoing gambling expansion in the Philippines over the last few years – and with substantial opposition from the religious community and various rural municipalities – it’s not surprising that e-Sabong might be viewed as a bridge too far.

Perhaps, by Duterte’s calculus, the issue is better left to the next President and any social mandate that follows him into office.

Casino.org discusses this, as well:

“It’s possible that e-sabong returns. But it will only happen under new terms. Eduardo Ano, the country’s Interior Secretary and a primary supporter of the ban stated that his agency recommended the suspension. He believes it’s necessary until a better framework and regulations are formulated, and stakeholders are protected from ‘moral decay in society.’ …

Efforts were underway prior to the suspension to provide a clearer regulatory framework and oversight of e-sabong. Those will now have to wait. However, it’s likely legislators and regulators will continue the work in anticipation of a regime change in the country.”

Ironically, even as you can no longer place online cockfighting bets in the Philippines, you can still bet on the 2022 Philippine Presidential election, which – in many ways – is the ultimate…well, you know.

While the Philippine Presidential race and Philippine Vice-Presidential race both seem to be foregone conclusions (which is all the more obvious when you consider the preponderance of desperate nonsense like this fearmongering drivel where the premise is that “democracy” is only “democracy” if the people vote for a media outlet’s favored candidate and not the person they actually want to lead their nation based on their own native desires for the preservation of their culture in their own land, or something), you can still score a small but “automatic” payout at the betting boards:

Now, if you’re not from the Philippines or haven’t been paying close attention to these odds (perhaps you’re seeing them now for the very first time since they’ve just moved to the top of the election betting boards), you might be surprised that Sara Duterte-Carpio is in last place at +30000 odds to win.

After all, Mayor Sara is immensely popular, and as the daughter of outgoing President Rodrigo Duterte, she has massive name recognition both nationally and internationally.

In fact, at the beginning of the 2022 Philippine election cycle, Duterte-Carpio was actually trending in first place on the odds boards, where she stayed well ahead of boxing hall of famer Manny Pacquiao and a sea of other potential candidates for several months before Bongbong Marcos took the top spot in the polls and at the online betting sites.

However, it should be pointed out that Mayor Sara is running for Vice President, not President.

In the Philippines, the President and Vice President are elected independently from one another, and they can sometimes come from competing opposition parties.

This is a unique and intriguing system in its own right, but on the betting boards – especially for Western bettors more used the American party model or European coalition model – it can be downright counterintuitive.

But make no mistake: Duterte-Carpio is the runaway favorite to win VP on Monday, just as Marcos is the overwhelming favorite to be elected the next President of the Philippines.