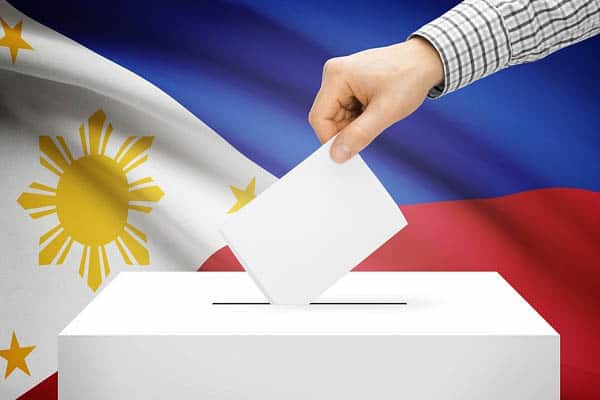 In an impromptu campaign announcement supporting his fellow PDP-Laban party allies on May 11th, President Duterte announced backing off his strong anti-gambling stance. He was heard saying, “I cannot stop it anyway and I know I am lacking,” followed with “I will not meddle with [gambling] anymore.” However, Duterte has not given up on his stance to eradicate illegal drugs and extortion according to a report by the Manila Times that detailed Duterte’s statement.

Since 2016, President Duterte has made gambling laws, and speeches attacking illegal gambling operations be them in-person or online, but his speech over the weekend has signaled a more hands-off approach regarding legal Philippine online gambling and gaming offline. Some have criticized the remarks made by the president as a political tool to boost the PDP-Laban party’s popularity with the public. The upcoming midterm elections will determine the political makeup of both the House and Senate.

The midterm elections held on May 13th required Filipino voters to cast their vote in Manila and will likely test Duterte’s current popularity, if not the popularity of his allied party the PDP-Laban. CNN reported over 60 million Filipino voters would participate in the 2019 midterm elections. This year’s midterms saw over 18,000 government positions up for vote including half of the available Senate seats.

It is likely Duterte is hoping the Philippine Senate will be filled with more like-minded politicians who agree with the PDP-Laban party. Duterte has even gone out to endorse running PDP-Laban candidates for these positions. It is possible with more allies in the Senate, Duterte will be able to push even more controversial policies like reintroducing the death penalty.

Duterte’s policies against gambling, drugs, and more have shown a lot of bloodshed in the Philippines which has potentially soured some of the public favor for him. Many extrajudicial killings reportings were made since Duterte’s policies were implemented. Human rights groups in the Philippines and overseas have condemned Duterte for these policies.

However, some polls still show favor for Duterte despite his policies. The Social Weather Stations, a Philippine pollster, reported a record high approval rating for the President’s administration at 72%. Therefore, many politicians who align themselves with the PDP-Laban Party will likely gain a good share of Filipino votes.