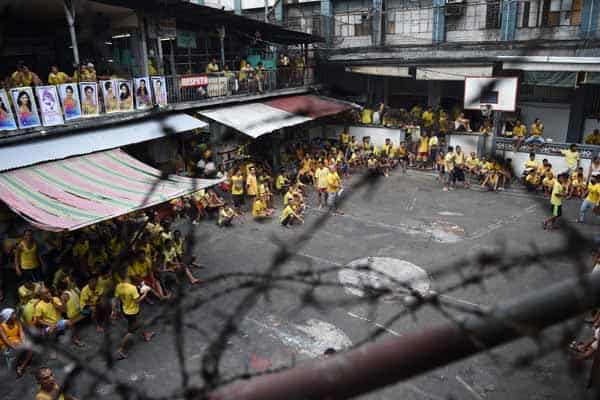 An illegal gambling den was raided at a Philippine immigration jail at the Bureau of Immigration (BI) near Manila.

Philippine immigration operatives launched a surprise raid at a BI jail in Taguig after surveilling the BI Warden Facility for over two months. The raid resulted in cash seized in the amount of PHP130,000, credit cards, checks, cellphones, laptops, computer monitors, and routers. The suspects of the illegal operation were several Chinese nationals who were previously arrested for illegal gaming dens in the region.

The electronic devices they used allowed them to run a secret online gambling operation within the jail inside their cell according to investigators; completely unlike legal online gambling at Philippine casinos.

K9 units were also used to find illegal drugs but none were found. The cash was hidden within their pillows and devices tucked neatly under blankets and clothing. The electronics will be taken for further analyzation to learn more about the prisoners’ illegal operation.

The Bureau of Immigration will also be reviewing their internal commands to discover how the Chinese prisoners were capable of smuggling in so many items which assisted in their illegal operation. At this time, it is unclear whether these prisoners will face additional charges or if the guards responsible for the allowance of these operations in the jail will face any charges.

A recent report stated that there are at least 56,000 Chinese workers, a majority of whom are suspected of evading taxes. However, the report only indicates POGO licensee workers and does not touch on the illegal operations occurring through undocumented Chinese workers within small communities, building, apartments, and shops.

Despite a clear issue with Chinese workers, President Duterte has instructed his agencies to not be “too harsh” on the Chinese, whether legal or illegal. It is likely Duterte instructed this to avoid reprisals by the Chinese Government on Filipino workers.

However, this stand-still by the Government combined with corruption cases within the Philippine penal system, agencies, and administration will not effectively curb any illegal gambling operations in the nation. In fact, many are concerned that raids and imprisonment for these types of crimes will not solve or correct the issue. This issue undermines Duterte’s earlier stance of cracking down on illegal gambling completely.