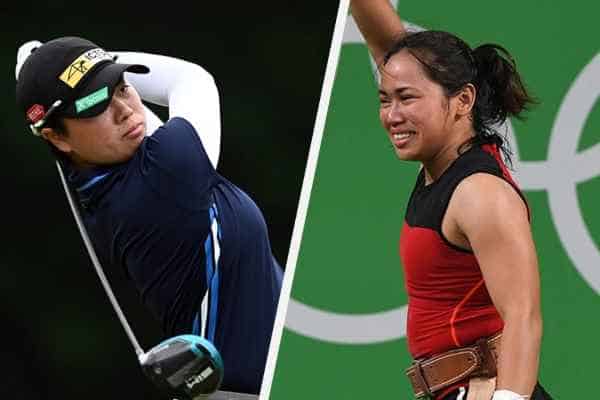 The Philippines first competed in the Summer Olympics in 1924, and except for the 1980 boycott, they’ve been to every iteration since.

However, in all that time, the nation never won Olympic gold.

Her lift total – 224 kilograms (one kg more than Qiuyun’s) – is a new Olympic record in the division, though Qiuyun owns the overall world record of 227 kiograms, which she set at the 2019 World Championships.

Nevertheless, there is only one Olympics, and Diaz has the number to beat going forward.

For those who follow the sport, Diaz’ accomplishment should come as no surprise.

In the 53kg weight class in the 2016 Rio games, Diaz won silver, making her only the second two-time Olympic medalist in the island nation’s history.

The first was Teofilo Yldefonso, who won bronze in the men’s breaststroke in the 1928 and 1932 Summer Games.

Diaz’ win brings the all-time Olympic medal count for the Philippines to 11 (one gold, three silver, and seven bronze), and the country could be headed for another medal this year.

Possibly even its second gold.

That’s because women’s golfer Yuka Saso has yet to compete.

At just 20 years old, Saso is a pro golfing phenom, already paying out legal online sports betting fans in a big way when she won the 2021 US Women’s Open.

That in itself made Saso a leading favorite to take Olympic gold, but she’s no flash in the pan.

Like Diaz, Saso has already seen tremendous success in her sport, winning two golds in the 2018 Asian Games and having two victories on the Japan LPGA circuit.

All that said, the field is always a better bet, which means for Saso, the payout is currently extremely attractive.

She’s not the overall betting favorite, but given the high average value of all the lines, she’s not too far down the list.

These are the current odds for the top 25 competitors in Olympic women’s golf, via BetOnline Sportsbook.

Some sportsbooks, such as 22bet and 1xBit, have different odds on the event, so you’ll definitely want to shop around.

We recommend that online gamblers maintain memberships at several competing legal offshore Philippines gambling sites for the sole purpose of line shopping, as you can often boost your payout potential tremendously by simply wagering with one operator instead of another.

In this case, Saso’s odds at 22bet and 1xBit pay out a bit more than they do via BetOnline, as she’s trending at +2100 on both operators’ boards.

You can also find props and specials at the above venues, where you can get odds on Saso’s chances to finish in the top ten, the top five, win various head-to-head and group matchups, and more.

Just remember that if you want to bet, you need to sign up and make a gambling deposit ASAP.

The 2020/2021 Olympics women’s golf tournament runs from August 4 through August 7 at the Kasumigaseki Country Club.