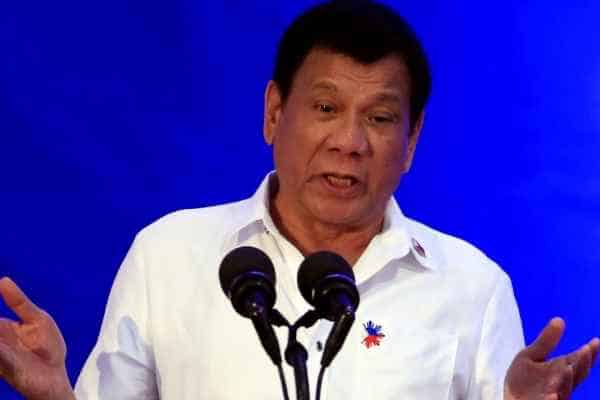 With the recent news that its biggest competitor – Macau – has fallen on hard times, the Philippine casino industry is primed for big things.

POGOs are on the way out, PIGOs are on the way in, Boracay is getting new IRs, and Manny Pacquiao is currently the betting favorite to win the 2022 Presidential election and continue to champion President Rodrigo Duterte’s gambling-friendly initiatives.

According to GGRAsia, PAGCOR chief Andrea Domingo is optimistic that the country’s destination gaming market will return to pre-COVID revenues by next year:

The Philippines might see business recover to pre-Covid-19 levels in its licensed gambling sector…by the latter part of 2022, assuming the country’s travel rules for inbound foreign tourists [are] eased by then, said Andrea Domingo…

‘I think we should be able to start recovering by September [2021], but I do not know how fast, because the world economy is really down,’ Ms Domingo was quoted as saying.”

That’s very good news, even if it is a bit bullish.

However, domestic gaming is a major part of the Philippine economy, and growth therein otherwise represents greater choice for you, the player, too.

But not everyone agrees that a refocused and expanded domestic gambling market in the Philippines is the ideal path forward.

“PH needs to get over its gambling addiction”

Be forewarned: Kritz here is shamelessly shilling for China, particularly as regards POGOs.

He opens by characterizing China as an anti-gambling nation – one in which gambling is antithetical to the character of the country:

“Among the various disagreements between China and the Philippines, perhaps the only issue in which one side or the other is even close to being unambiguously right is that of gambling. The Philippines’ perspective on it is quite frankly parasitic, and by refusing to accede to China’s wishes or at least reasonably accommodate them, the Philippines is practicing the sort of interference in another country’s internal affairs that it would never tolerate itself.”

Tell it to the South China Sea, champ.

“[On] Wednesday, China’s Ambassador to the Philippines Huang Xilian did not mince…words… Gambling is illegal in China, he explained, and Chinese citizens are not permitted to own or operate gambling establishments or be employed in them. …

[The] implication of the honorable ambassador’s comment was that the Chinese government would very much like the Philippines to put a stop to its POGO (that is, ‘Philippine’ offshore gambling operator) nonsense.”

Two things are worth pointing out here. (Three if you count the curious use of quotation marks around “Philippine,” as if POGOs weren’t in the Philippines.)

For one thing, POGOs are completely legal, as China hasn’t the clout to dictate the laws of any other sovereign nation.

If Chinese nationals are “illegally” operating POGOs in the Philippines, China can address this by better policing its own borders.

The Philippines has no laws against Chinese nationals within Philippine borders operating POGOs, provided those POGOs pay their taxes.

Yes, a not-insignificant number of POGOs have closed up shop without paying their taxes (which Kritz points out), but the majority of those remaining have and continue to meet their tax obligations.

And those taxes are substantial.

Further, those POGOs which haven’t paid have – as stated – largely left the market, which further impairs Kritz’ central debate.

POGOs are dying out and being replaced by PIGOs. It won’t happen overnight, but it’s already started.

For another thing, gambling is absolutely legal in China, unless you don’t count Macau as part of China, which would be a very neat and convenient trick.

Indeed, Macau is the biggest gambling destination on the planet, with revenues rivaling all of the USA’s combined annual GGR. That includes Nevada’s, despite NV being seen by many as the gaming capitol of the world.

Here’s how much GGR Macau’s gambling district pulled in in 2019, before the coronavirus pandemic forced various lockdowns and closures:

Here’s how much all of Nevada – which includes Las Vegas!– earned that same year:

Why Kritz feels he has to lie is anybody’s guess, but he doubles down on the BS here:

“On Wednesday, the [Chinese] government began a 45-day public consultation aimed at tightening oversight of the casino sector in Macau, including, among other things, placing government representatives on the boards of licensed casino operators to monitor their operations. The announcement caused the stocks of the six licensed casino companies to take a nosedive, each losing between 13 and 24 percent…”

This, of course, is an incredible distortion of the facts.

Kritz is willfully ignoring the Evergrande default disaster which wiped out global stock markets on the very same day as this nebulous “consultation aimed at tightening oversight of the casino sector in Macau.”

That must just be a coincidence.

“Beijing has been gradually tightening the screws on the Macau casino industry for several years.”

This, while not an outright fabrication, is a half-hearted defense of the entire broken premise of Kritz’ Big China screed.

Perhaps Beijing has been instituting more “regulations” on the Macau gaming market in general of late, but to what end?

What does this actually mean if the region’s GGR hasn’t really suffered as a result?

Hint: It means nothing.

Here’s how much money Macau gambling has pulled in over the last decade, per year:

*2020 represented the height of the coronavirus pandemic in China, resulting in long-lasting Macau casino lockdowns and international travel restrictions.

Given that Macau saw its most recent lull in 2015-2016, the argument that Beijing has been maintaining this alleged “screw-tightening” in recent years appears to be mostly unsupported by the data.

Even at its lowest point over the last 10 years, Macau has more than doubled up on Las Vegas and all of Nevada combined in terms of yearly GGR.

If China was as anti-gambling as Kritz indicates, there would be no Macau.

And yet, there it is.

And there you have it.