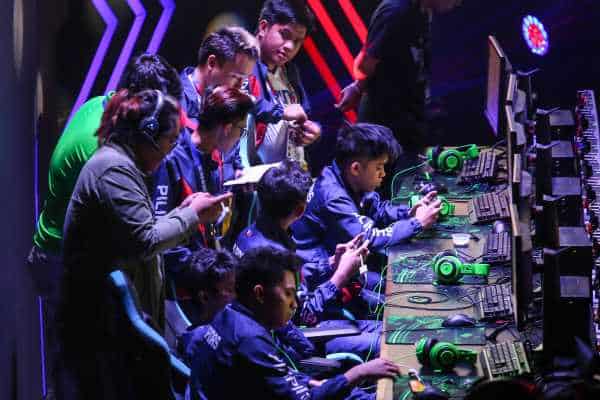 After sabong and basketball – and possibly volleyball and/or tennis – eSports is the next biggest spectator and bettor sport in the Philippines.

While most gamblers and competitive game enthusiasts probably view China and Korea as the world’s premier eSports meccas (and, to be fair, those countries are exactly that), the pastime is extremely popular in the islands.

So much so, in fact, that one Philippine lawmaker has proposed officially making October “eSports Month.”

The nation already recognizes October 23 as World eSports Day, and this new initiative – according to the proposal – would extend that designation in several meaningful ways.

Naturally, given that eSports is already a popular activity for both players and spectators (and sports bettors!) in the islands, it might seem a bit silly – or, at least, somewhat odd – that the pastime would need a whole month of extra hype at the national level.

Per House Bill 01285, though, the point isn’t so much to promote eSports as such. Instead, it’s to bring the alternative sport up to regulatory snuff as an “official” endeavor.

For example, nobody on the global stage views the Philippine Basketball Association as an illegitimate league. It is recognized around the world, and you can find PBA basketball betting odds at sportsbooks operating in every corner of the globe.

The goal here is to give Philippine eSports that kind of international clout.

On the surface, it’s true that the legislation might not reflect that, though. That is, beyond naming October as the “official” month for eSports in the Philippines, the proposed law does things such as promoting cross-regulatory cooperation.

Per the synopsis at Casino.org:

“Should the legislation advance, it would facilitate the collaboration of different government entities, such as the Philippine Information Agency and the National Academy of Sports, with the private sector. Among the goals would be creating and distributing information related to eSports events and competitions. They would also focus on education about the activity.”

For one, the move to have a refined and focused governmental approach to recognizing eSports as a “real” sport would go a long way toward others recognizing the pastime for what it is, rather than a “vice” or “distraction.” Some even view eSports as explicitly designed to promote gambling, much like the game of jai alai. Jai alai was literally developed (at least in the West) as a betting sport. In other words, without the gambling, there’d be no fan or player interest in jai alai, and many onlookers view eSports – and eSports betting – the same way.

But on top of that, the bigger goal is to get Philippines eSports teams and leagues recognized in bigger international eSports markets.

According to de Venecia:

“Filipino eSports teams sometimes struggle to participate in international tournaments. On many occasions, players face rejection of their travel documents and visas. This is because they are not recognized as legitimate representatives of the Philippines in eSports.”

With this legislation, de Venecia believes industry insiders will

“work with the Department of Foreign Affairs to improve the treatment of eSports athletes when competing in international tournaments…[and that] the Department of Labor and Employment [will] develop a more efficient counter-attack that will protect the teams’ owners and the players themselves.”

As of 2022, the global eSports betting industry is believed to be worth approximately $2 billion in revenue (i.e. pretax GGR). As such, Philippine sportsbooks like MSW – as well as online PH sportsbooks like those we recommend – would certainly benefit from the Philippines taking eSports more seriously at the governmental and international competitive levels.