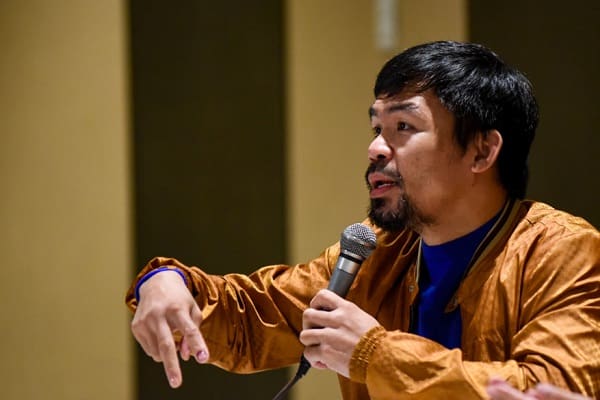 Manny Pacquiao is a fighter. And when he’s not fighting in the boxing arena, he’s fighting against corruption and fraud in the sporting arena.

Pacquiao is no stranger to the scourge of fixed sporting events, as boxing has long been viewed as a bastion of dishonesty, particularly among judges and promotions. Even boxers themselves have been known to throw matches. That’s where the term “take a dive” comes from, after all.

Of course, Pacquiao has never taken a dive. Indeed, the Philippine senator’s reputation as a sportsman and a statesman have always given his matches an unmistakable air of legitimacy above and beyond what most fans expect from the sport.

Now, Pac-Man is using that reputation to spearhead the battle against match-fixing and betting fraud in the Philippine gambling industry.

The focus of Pacquiao’s attention with this campaign is to eliminate any betting irregularities in the Maharlika Pilipinas Basketball League (MPBL). Pacquiao founded the MPBL in 2017, positioning it as a sort of non-affiliated minor league complement to the larger Philippine Basketball Association (PBA).

However, Pacquiao’s motivations for combatting match-fixing extend beyond his own league interests, as his love for basketball in the island nation is as legendary as his love for the Sweet Science.

Last weekend, Pacquiao met with Ricky Vargas, chairman of the PBA. The league’s commissioner, Willie Marcial, was also on hand, as was Chaye Cabal-Revilla, owner of the MPBL’s Bacoor Strikers.

Per Cabal-Revilla via Fox Sports Philippines, it makes sense for the two leagues to join forces.

“It’s a collaboration between MPBL and PBA that they are not competing leagues. Both leagues have the same objective of promoting basketball as a sport to develop athletes, provide livelihood to the players, coaches, staff and their families. But we’re also coordinating and sharing info to help fight the issue of game-fixing.”

The online gambling industry is booming in the Philippines, leading to a potential increase in corruption, particularly when it comes to sports betting. As such, preventative measures are called for.

Mirroring some of the basic integrity-assuring tactics used in the United States’ nascent sports betting industry, the Philippine basketball leagues are focusing heavily on statistical data.

According to a report from PhilStar Global, the PBA is all-in with making their tracking data accessible to the upstart MPBL. “We’ll share what we’re monitoring on our sports radar…[and] look into analytics so we can track players’ performance based on key statistics, particularly in the PBA D-League,” said Commissioner Marcial.

Additional efforts will be undertaken to foster a nationwide developmental infrastructure for Philippine youth. Marcial distills the initiative down to its essence:

“The PBA and MPBL are one in giving an opportunity for Filipinos to make basketball a career and providing a platform for millions of fans to enjoy the game we all love.”

And at the end of the day, that’s what sports – and sports betting – are all about.